← back to
Anzic Records
Get fresh music recommendations delivered to your inbox every Friday.
We've updated our Terms of Use. You can review the changes here. 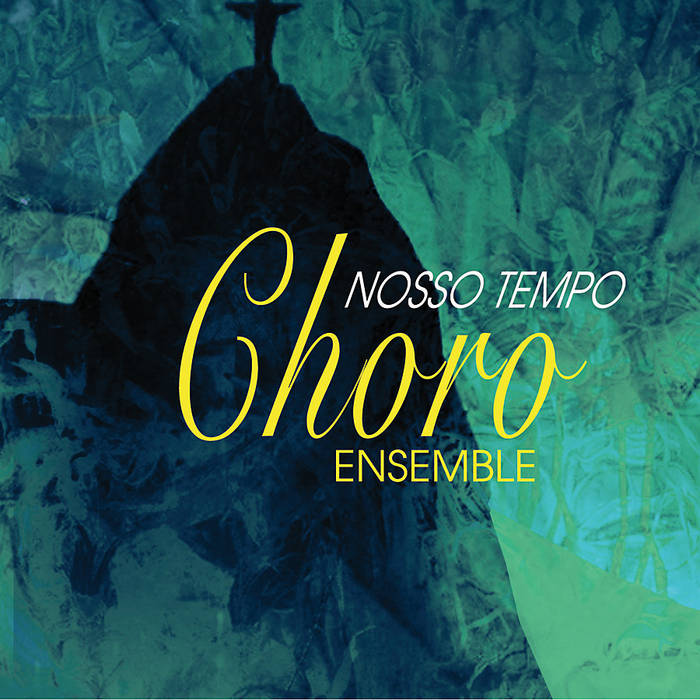 There is a time machine located in a New York bar powered by a clarinet, a couple of guitars, a small hand drum, and the idiosyncratic sound of a playful, four-string offspring of the guitar called the cavaquinho (pronounced: kah-vah-KEEN-yo). When played in this configuration with just the right soul, listeners are transported to 1930s Brazil, when for the first time ever—thanks to the emergence of broadcast radio—a single genre was being listened to by the notoriously diverse nation. That genre was choro (pronounced: SHO-ro), a sweet style of music that originated in Rio de Janeiro and which has been compared to a tropical Dixieland.

Though practically every town in Brazil has its choro ensembles, up until this century, choro was virtually unheard of in the United States. But that changed when an unexpected chance meeting led to the creation of the Choro Ensemble, whose upcoming album, Nosso Tempo (Our Time), will be released August 14, 2007 on Anzic Records. In the hands of the Choro Ensemble, the acoustic style takes on a hipness somewhere between chamber music, jazz, and samba.

The album is anchored with pieces by three of the best known choro composers. “Brazileirinho” (or Little Brazilian) was written by Waldir Azevedo, and it was on the first hit phonograph recording in Brazil. “This guy had the magic of composing really popular, catchy choros,” explains Ramos. “This tune was on a record that sold 200,000 copies, which was huge number at the time.”
Choro master Pixinguinha and his group The Magnificent Eight were the first to tour outside of Brazil and, as Blacks and mestizos, pushed the limits of the color line. They went to Paris in 1919 and toured, meeting and playing with the likes of Louis Armstrong. The Choro Ensemble performs Pixinguinha’s “Ingênuo,” a tune the composer hid for a few years, because it broke from the typical three-part form (it only included two parts). Now many people consider it his masterpiece.

The group takes on four songs by Jacob do Bandolim, another master choro composer. Whereas Pixinguinha’s “Ingênuo” followed a “square” rhythm, Bandolim’s “Noites Cariocas” (Rio Nights) has a samba feel. Bandolim also introduced an unheard of classical major 7th harmony into this piece. On “Orgulhoso” (Proud), another Bandolim melody, Ramos plays the tenor guitar, an instrument that falls somewhere between the ukulele and the guitar. The tenor guitar was big in the 1950s in choro but has all but been put aside these days.
Clarinetist Anat Cohen’s warm connection with the music and culture, and more specifically her fellow band members, emerges on her “Cadê a Chave.” While on tour, the band stayed at Pedro Ramos’s house. “We found out that Pedro’s family is very funny,” laughs Cohen. “Every time we had to leave the house, in the last three minutes comes questions like, ‘Where are the keys?!’ ‘Did you see my pants?!’ It’s total chaos. So I wrote this for his family.” Each part of the composition represents a family member rushing around in the chaotic moments of getting out the door. In a musician’s play on words, the melody itself modulates into different keys, and occasionally an extra bar is thrown into the melody’s 16-bar sections, further invoking the song’s hectic origins. “Whoever knows the family knows exactly what it means,” explains Cohen. “Even the family members laugh when they hear the song.”
“Bolo de Fubá” was written by Ramos specifically for the new record. “We decided my last couple of choros were complicated, so I decided to write a choro that was easy to memorize,” says Ramos. “The title means ‘corn cake,’ which is the easiest cake recipe to make in Brazil.” Cohen interrupts Ramos to say, “What is a piece of cake for Pedro is not so easy for other people!”
Band guitarist Carlos Almeida composed “Descendo a Ladeira” (Down the Road) more than 30 years ago. He wrote the song for a contest of frevos in Northeastern Brazil. Frevo is a rhythm from Pernambuco. But Almeida never entered the song because at the time it was very difficult and expensive to record. “I am sure it would have won something,” says Ramos. Meanwhile, the gentle ballad-like “Pensando em Ti” (Thinking of You) by the band’s other guitarist Gustavo Dantas may have won a prize; that is, a prize in the heart of his wife, for whom he wrote the piece.

The band’s compositions show them adding to the repertory, respecting both choro’s past and their own life experiences and thus building a musical bridge between Brazil and New York. The album title, Nosso Tempo (Our Time), refers to the band’s time together, the influences of today’s New York City music scene, and the tradition of Brazilian music that continues to the present.

While it’s too early to tell what the Choro Ensemble’s position will be in history, there is no doubt that they have successfully teleported the sound and energy of a significant Brazilian sound 4700 miles north and several decades forward, and are very much a part of a rebirth in which musicians explore and create their own personal voice within a tradition.

Ever charismatic, prolific and inspired, Grammy-nominated clarinetist-saxophonist Anat Cohen has won hearts and minds the world over with her expressive virtuosity and delightful stage presence.